We often hear people throw in a famous catchphrase, ‘the bigger the better’ during a conversation, wherever they can. Now unless we’re talking about food here, the statement doesn’t really fit with everything – especially if it is a modern productivity technique.

“If you’re an advocate of productivity in bigger teams, don’t judge too quickly – hear me out!”

For starters, larger teams mean more chaos, greater conflict of ideas, and more of pretty much everything that slows down the overall team productivity. Like the too many cooks’ situation.

Imagine this as a big party. If you’re someone like me, who constantly suffers from social anxiety, you will not be able to connect with many people. The larger the party grows, the more you’ll want to leave early, because it’s meaningless.

On the contrary, smaller gatherings with soothing your pain points as you will interact with fewer people and will have more meaningful conversations.

Don’t get me wrong. While larger teams may get a lot done collectively, the individual effort seems meager. At this junction, let me introduce you to the Ringelmann effect.

According to this, the individual productivity of a person decreases as the group size increases. The more people you keep adding to your group, the lesser productivity levels will be observed. This happens because naturally, it’s difficult to assess individual performance amidst a group, so there’s less pressure of performing the best.

The concept is closely linked to the game of tug of war. The larger the team at one end, the lesser effort will be put in by each team member to win the game.

Another interesting phenomenon stems from the Ringelmann effect. It’s known as social loafing.

Essentially social loafing also demonstrates the same. That is, a person will exert less effort while working in a group rather than working alone.

This can be simply represented by the fact that people tend to be more conscious of their effort when they’re working individually, rather than in a group. The overall effort of a team generally masks the effort put in on an individual level.

Similar is the case with team meetings. Greater the number of participants, the lesser you’ll be able to make sense out of your meeting. Too many brains and each one of them will come up with an idea of its own, resulting in havoc.

“I’ve made billions of dollars of failures” – Jeff Bezos

Never conduct a meeting where two pizzas can’t feed the participants. The theory, or rather the philosophy is to pull down the meeting participants to the most essential ones only.

It’s not rocket science to understand that the more participants your meeting has, the less productive it will be.  So, Jeff Bezos’ rule is actually a productivity savior in this regard. It saves you the hassle of handling too many participants, as ‘the more the merrier’ doesn’t work for meetings.

Jeff Bezos’ idea is quite straight forward and simple. He applies this technique at Amazon where a meeting is never called if the participants cannot be easily fed by two pizzas.

If we look at the stats, the rule makes complete sense. In the USA alone, 11 million meetings take place every day costing around $37 billion. The cherry on top – on average, about 37 percent of the meetings start late. Now I’m not a mathematician, but this sounds like a lot of money lost to meetings alone.

Plus, it takes a toll on team productivity too. I don’t think I need to get into more details of why you should adopt the two pizza rule.

The question here is how you can implement it to maximize your productivity. Here’s how it should be done:

How to Apply the Two Pizza Rule to your Meetings? 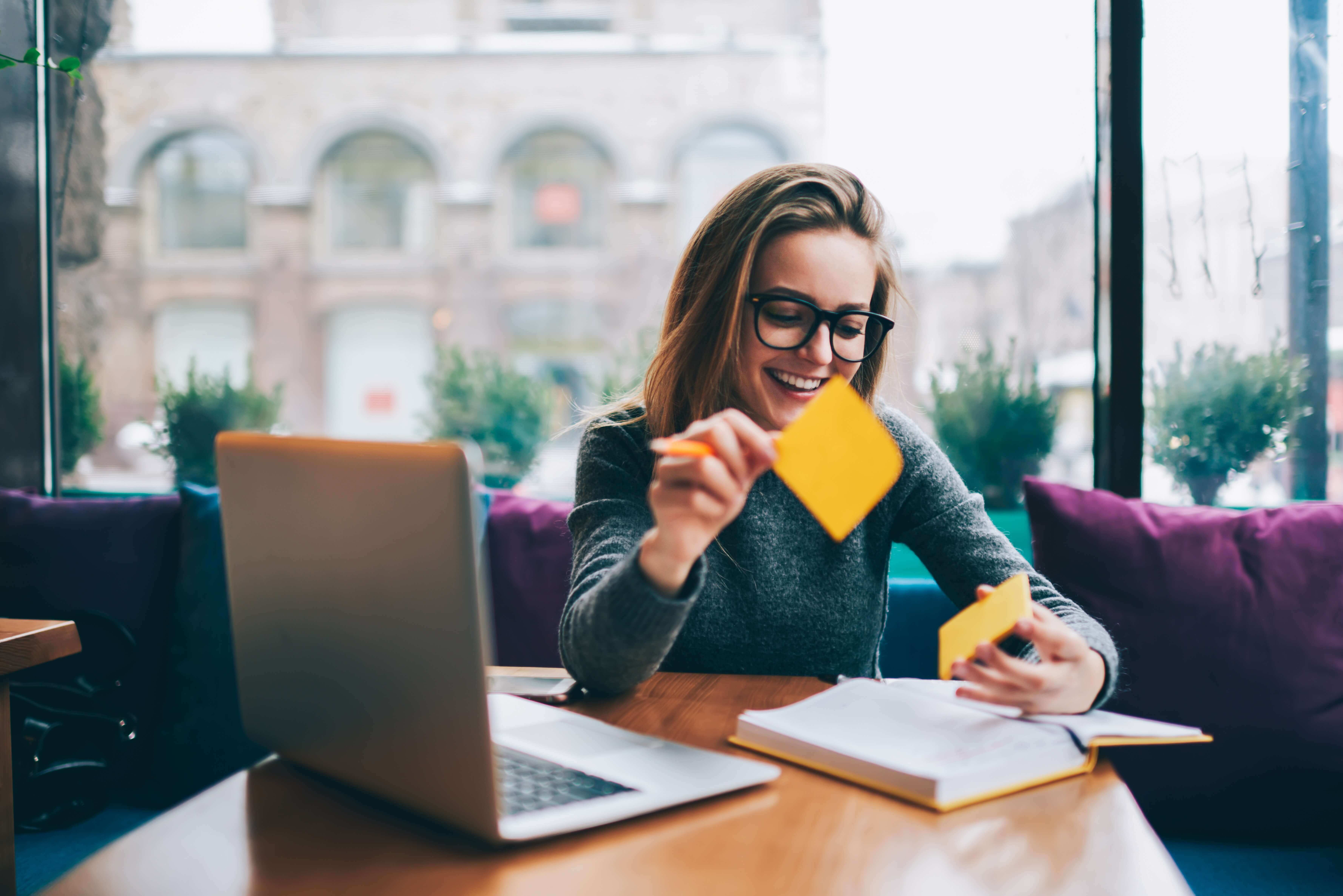 If you’re thinking that this is just another boring guide on how to make a fancy productivity technique work, you may want to wait a bit to deduce that conclusion.

Some of the practical ways you can adopt the two-pizza rule to get its true essence are:

1. Limit the number of people in a team:

First things first — squeeze down the number of your team members to a one-digit figure. You might be wondering what this is entirely dependent upon the nature of the work, or the industry. You’re right! Which is why the focus should be on forming groups and subgroups within them.

Being a part of a larger group will not only ensure accountability and streamlined team communication among subgroups but will also give them the autonomy to make decisions on their own.

By doing so, you’ll be automatically reducing the participants of your meetings, and taking a step towards improved team productivity. Furthermore, the team members of subgroups will feel empowered to work more enthusiastically as they’ll be trusted with making decisions on their own.

Your productivity can get a nose dive if you’re not deploying the right team collaboration tool across your company. A similar principle applies to your team meetings. There needs to be a formal system of scheduling and documenting your meetings to keep the record.

Do yourself and your team a favor and hunt for a team collaboration tool that will streamline the communication process and won’t make discussions a pain. Once you’ve done that, onboard the participants that are an absolute necessity and go manage your meetings like a pro.

There are a plethora of tools available online. In some cases, you don’t even have to spend a penny to use them. But before diving in, don’t forget to list down your requirements and then go for the hunt. You’ll save yourself the trouble of trial-and-error.

3. Evaluate the time your meetings take:

The mathematics hater inside you might be screaming right now, but it’s important to address this. In order to make a lasting impact, put your math skills (or not so math skills?) to good use. Or better yet, just get someone to do this for you.

Think about your last meeting and the total time it took. Jot down the hourly working rate of each participant and multiply that with the total time.

You might want to take a seat because the results will stun you. Sometimes, you may not realize it but you’re probably spending a fortune to conduct these team meetings. You don’t need to be a scientist to understand that the more participants you add to your meetings, the greater the cost you’ll have to bear.

Think of it like this – the time that your team members are spending in these meetings, they can be working on some other interesting projects, creating some groundbreaking results for you if it were not for this obligation.

It’s about time you change that.

One of the great ways to conduct shorter meetings is to implement the general practices of Scrum meetings.

4. Detect and stop the signs of social loafing:

Keep an eye out on symptoms of social loafing among your team members. If you feel like a particular individual is not performing up to the standards, chances are he/she is a victim of social loafing. When you have a smaller team, these chances are reduced, so half of your work is already done there.

Put your Sherlock hat on and monitor the behavior of your team members on an individual level. This will not only help you in clearly understanding that person but will also make it easier for him/her to make improvements in their performance over time.

The importance of circulating a meeting agenda before the meeting is pretty evident. It helps in keeping meetings relevant and avoids the deviation from the mentioned agenda.

When you’ve decided to implement two pizza rule, the number of participants will automatically be reduced – helping you in easily circulating the agenda and getting your point across. Now imagine if you have a big team and you need to quickly discuss an important matter at hand.

The point of an agenda would be lost midway through the meeting with every member trying to chip in their valuable point of view. You can’t deny someone their freedom of speech, so you got to listen. And that’s exactly how a meeting turns out to be nothing but an additional cost.

6. Finally, bring a pizza to your meetings:

All this talk about pizza made me crave one. I’m sure you must be feeling the same. So, as for my last suggestion of implementing the two-pizza rule – literally, take two pizzas to your meetings. You’ll instantly know if your meeting is too big or just the right size.

And if you’re someone like me, the free pizza will give you the motivation to work harder too 😉 Win-win!

In a nutshell, avoid having large teams unless absolutely necessary. Even then, try to create subgroups within large groups to make things easy. The two-pizza rule is definitely a productivity booster and can work like a magic wand if implemented correctly across organizations.

Let me know in the comments below what you think about it and if you tried implementing it?

Save More Work Hours and 3X Your Completion Rate with nTask