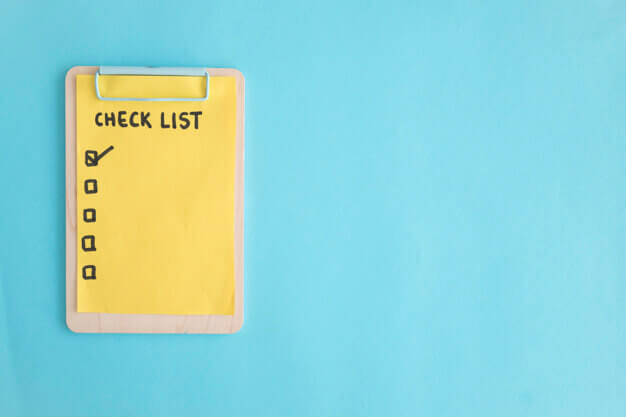 Between the internet, cell phones, and all sorts of other technology, business today is entirely different than it has been. Projects are bigger, results are faster (even for the competition), and the corresponding workload associated with a successful company is larger than ever. To be sure, even relatively simple tasks require ample attentiveness and multi-faceted plans to complete.

That’s where to-do lists, as well as the general idea of breaking tasks down into smaller and easier-to-handle chunks,  come into perspective.

Besides relieving much of the stress encountered when tackling complex tasks, making it simpler to verify that each and every step has been completed. Finally, it becomes possible to verify the quality of each of these steps, checklists or to-do lists results in a better final result being produced. Over time, as more and more tasks are completed with the assistance of to-do lists, the overall work helps to create remarkable large-scale projects and accomplishments. In other words, the sky is the limit for results produced by to-do lists.

Let’s take a look at how exactly one should go about breaking a task down into smaller chunks!

The first step in breaking a task down into smaller chunks using to-do lists is the establishment of goals. Those goals refer to the results that any task will produce, even if it’s completed perfectly and without error. While it’s admittedly difficult to work “perfectly” on anything, these goals will serve as ideal guidelines as the task is tackled, and moreover, they’ll provide a clear-cut vision and direction to each and every step of the project at hand. In the end, this vision will enhance the resulting accomplishment’s quality and significance. Furthermore, they will make completing the task generally easier, which is always a good thing!

Next, one should identify the obstacles (and potential obstacles) of the task at hand, and furthermore, these obstacles should be clearly documented and made known to every individual working on the task.

These obstacles will directly affect the crafting of your to-do lists, and they will prove to be disastrous if not accounted for as the task is completed. For example, large writing projects may present obstacles such as the potential for incorrect information to be used, and the potential for grammatical errors to be made. One may respond to these obstacles by adding steps such as “proofread thoroughly” and “verify all sources” to the to-do list, which will begin being crafted next.

The effect of this step on any completed task’s quality cannot be understated; it may be the difference between enjoying the fruits of labor and needing to administer additional effort to a task that was thought to be complete, but later found to have some issue(s).

The process of crafting steps for a to-do list is just as important as completing each of these steps. The reason being that if these steps fail to encompass the task’s ultimate goals and desired results (which have of course been made clear at this point of the completion process), even remarkably hard work will fail to produce an acceptable result. Think of a to-do list as the equivalent of a ship’s sailing route. Even if the utmost care is administered while completing the checklist, or navigating the sea, if the checklist or the route is “off”, the final task result and ship coordinates will also be incorrect.

Start by determining the smallest possible step capable of initiating the task’s completion process. One that may be limited in scope, but will allow other steps to be focused upon.

For example, once again, a large writing project cannot be completed without brainstorming potential ideas. After this step is complete, one can begin to write different sections of the assignment, edit and proofread already-written sections, and even work to coordinate these sections into a functional whole.

Next, use the ultimate task goals as benchmarks for establishing the other steps on the to-do list. Try to make each of these steps small, so they can be easily revised if need be. Do this to ensure that task progress is charted in a non-discouraging way.

Finally, remember that any of these to-do list steps can be edited if new obstacles or unexpected elements arise during the task’s completion. Also, new checklist steps can be added for the same reasons, if need be. Don’t be afraid to edit and add steps to task checklists, as it’s better to deal with adversity during the normal course of completion than after a project is supposedly finished!

One of the best parts of breaking a task down into smaller parts is that by doing so, one makes the entire project much more manageable, and much easier for different individuals to complete certain parts. However, this doesn’t mean that only groups can delegate checklist steps—individuals can as well, albeit in different ways. Let’s take a brief look at the ways individuals and groups can delegate different components of tasks!

For groups tackling the to-do list, the individual strengths and talents of each member is crucial to delegating specific steps. In a writing project, the writers should obviously write. Meanwhile, proofreaders are responsible for proofreading. And editors are responsible for giving it one last look before the content heads for publication. Writers shouldn’t be proofreading and proofreaders shouldn’t be writing. In this instance, even if they’re able to, as this incorrect delegation will inhibit the project’s overall quality and completion speed.

One must also be careful not to overwhelm any member of a team with these steps, as doing so will negatively impact the resulting work’s quality as well. Finally, task managers or leaders of group endeavors should always assure that no one member or individual becomes upset, distraught, or confused with the process; if an individual does encounter some adversity, it’s the duty of the group leader to promptly remedy the situation.

In short, remember that the biggest benefits of breaking a task down into smaller parts are the abilities to delegate and to not rush its completion—both of which once again aid overall quality.

For individuals, delegating steps of a task obviously cannot mean assigning them to different persons. However, delegating steps of a task can refer to assigning them to different times for the individual, so as to not overwhelm him or her. Moreover, delegation is important for maximizing the quality of a person’s efforts. For example, in an individual writing task, one can brainstorm on a particular day; write the next day or two. Then he can proofread after that, and finally, edit everything without worrying.

Because to-do lists allow such complex challenges to become manageable and doable, many individuals write them out. They start the process, and sit back and relax.

This is not an ideal course of action by any means!

Although breaking tasks down into smaller parts normally results in a higher-quality final product. This quality is enjoyable if the completion process goes without a hitch.

Thus, any errors or hiccups in this process—be they the result of lacking communication, a misunderstanding, or other issues can compromise the task’s overall integrity. To minimize the chances of encountering any such error, one should be sure to closely monitor the task’s progress.

In groups, this means effectively communicating and verifying whether or not any person is uncertain of his or her contributions. Moreover, this is a constant and all-encompassing step that isn’t typically complete until the project closure date. Therefore, consistent action and effort is a must!

As a rule of thumb, anyone who is breaking a task down into smaller chunks should remain calm and flexible. Any task big enough to break down is big enough to cause frustration and hurl obstacles before completion.

Accordingly, remaining generally flexible is a must. Unexpected issues are regular occurrences when completing medium to large-sized tasks. One should simply pay close attention to viable methods by which any and all obstacles can be eliminated or overcome.

Breaking tasks down into smaller chunks by creating a to-do list is an endeavor worthy of individuals interested in meeting goals on time. Don’t struggle with large tasks—business-related or otherwise. Take a step towards operating with maximum efficiency tomorrow by using a to-do list app today!