20 Techniques for Resolving Conflicts at The Workplace

Conflicts have a very prominent place in people’s work lives. The reasons behind them can originate from some very petty things or they can actually be legitimate problems that the parties involved have to solve so that they can progress along.

Workplace conflicts are a pain in the behind for the managers, but it can sometimes be a blessing in disguise.

You see, conflicts bring out the most deeply rooted feelings that a person has for the other person and when you get those feelings out in the open (rare as it might be), you can actually try to resolve those feelings which will greatly benefit the parties involved and benefit the company in the long run.

Conflicts originate from countless different reasons and managers have to be prepared for the imminent threat when they are dealing with a diverse group of people.

So, to maintain a sense of peace and harmony among the troops, here are 20 of the best Techniques for resolving conflicts at the workplace that your team can adapt.

1. Everyone is a Winner

The core problem in most of the conflicts is that everyone just wants to win in the argument to the point that they don’t even care if they are right or wrong. They just want to win and soothe their egos.

In order to control situations like these is to find some common ground between the two parties and accept the resolution of an impartial judge/peer.

Another thing to always keep in mind that the judge has to keep an open mind and not declare any party the “winner” or the “right one” because that can cause further problems and will totally undermine this whole conflict resolution technique.

2. Have the Teams Engaged in Healthy Competitions 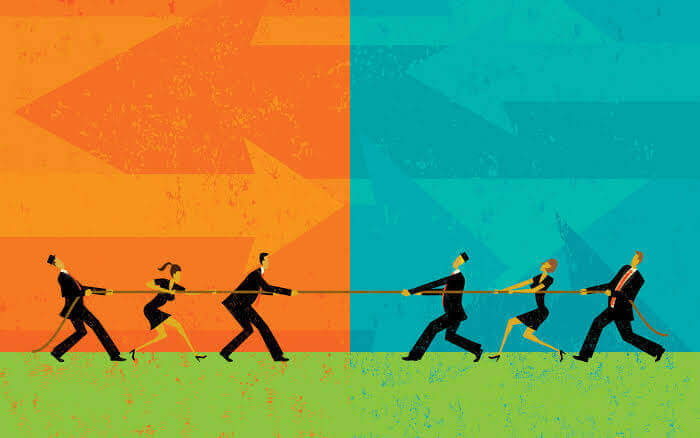 This conflict resolution technique is mainly used in sports or during battles. It was made for those people who start the conflict with the specific aim to win by any means possible. Still, we can’t endorse one conflict after another, so a healthy co-opetition is more the term for this to stop further escalation.

The teams are given proper incentives or goals which increase their productivity by releasing brain chemicals that boost motivation, helping them to win.

3. Consider Bringing an Impartial judge into the equation

Taking an impartial look at the whole scenario is an important part of the conflict resolution process. Just the parties involved can’t overcome their differences. Someone has to mediate. That judge must have all of the facts and no prior connection to the concerned parties. Then and only then, they would be able to manage the conflict.

4. Find the Root Cause without Blaming Anyone 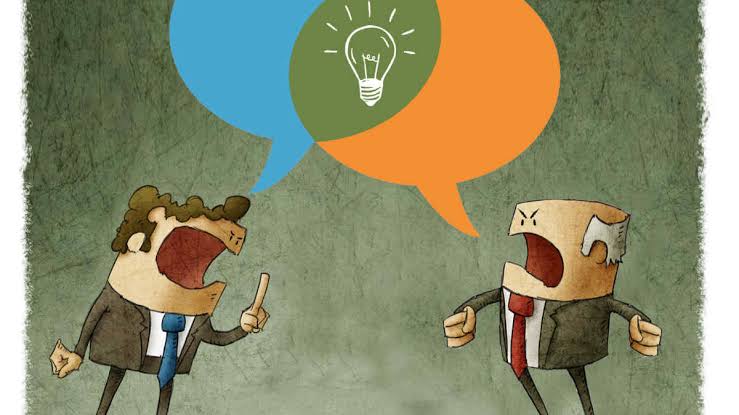 If you are a project manager, then you are used to the fact that anyone from the employees to the very top of the management chain can make mistakes. Your job is to find the root cause that leads to that employee making that mistake and not blaming. Because, that will make their work life and in special cases, personal life, miserable.

Focusing on the process and finding the cause of the problem rather than chewing out someone actually makes the team more confident. How? Because that will let them work more boldly, take quick actions and improve over time when they will know that they have the option to go back if things go sideways.

5. Take a step back and think Calmly

This will help you converse more positively with the other party and try to solve the conflict quickly.

6. You should be Transparent about your Emotions 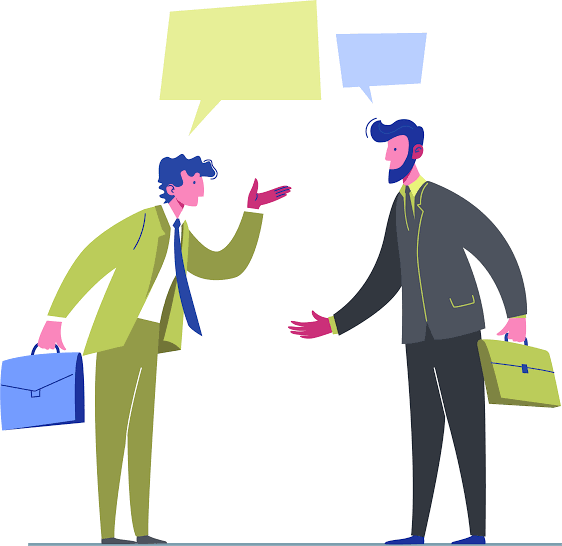 Problems and Conflicts arise every day and we can never fully excuse ourselves from these situations. The best thing we should is to not keep our emotions bottled up as it will make things worse down the road.

So, when we know that a conflict will not cease until we are completely transparent about our emotions or tell the other party about how we feel about the conflict, peace cannot be achieved. And we should be very clear about our emotions because some things might not be said which can cause problems later on.

7. Mutually discuss and resolve the Issue

Conflicts are usually messy, and the parties involved end up resenting one another so much that they won’t stay in a room for a civil discussion. This is a major cause of most prolonged conflicts and needs to stop.

To overcome this problem, the impartial parties in the whole scenario need to be present in the meeting and they should handle the different communication styles to bring both of the parties in the same tone while telling their side of the argument.

This civil discussion can help resolve the conflict more quickly and effectively.

8. There should be a proper Goal set for the Conversation 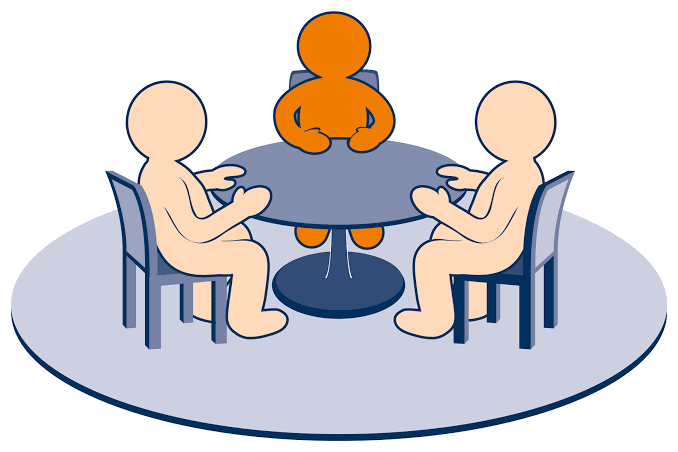 When the two concerned parties are meeting up to solve a conflict, their agendas should be very clear with a very clear goal set for the whole discussion that has been approved by both of the parties.

The benefit of this goal will be a defined scope of discussion in which both of the parties will try to revolve their arguments around. If they say anything that is not relatable, the other party can call them out and they would adjust their comment or suggestion.

9. Opt for a Compromise

This is one of the most effective conflict resolution techniques we have in this list. Compromising can create a positive environment in which both parties will try to work things out without resulting in more conflict.

What compromising does is that it will handle the conflict more harmoniously and appropriately for the concerned parties. There should be a win-win goal defined for this strategy that proves that it’s not aggressive and both parties will benefit greatly from it.

10. There should be a Face-Off between the two Parties 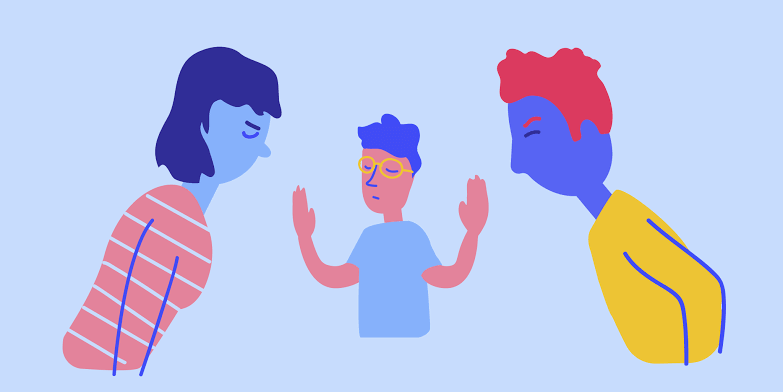 Another major cause of prolonged conflicts is that the concerned parties are not ready to face their opponents and send their people forward to resolve the issue. This has to stop. The concerned parties should meet face to face so they can bring their thoughts forward in front of anyone rather than through their lawyer or any other impartial entity.

Another successful conflict resolution technique is for the company to create a compensation policy. This is really necessary because conflicts are of various types in the company and you have to be ready to deal with any scenario.

So, a good company will set aside a compensation policy for every scenario that will highlight the benefits e.g. basic salary increase, benefits or even a non-compensation benefit, and their distribution criteria among the two parties.

12. Listen to the Opposing Party Carefully

Whichever type of conflict is going on in the workplace, the two concerned parties should always listen to each other and give their side of the argument its deserved importance.

This is a very effective conflict resolution technique because you are respecting the other party by listening to what they have to say. And don’t just “listen” to them, you also have to “Show” them that you are Listening. Ask questions or provide feedback on what you hear from them. 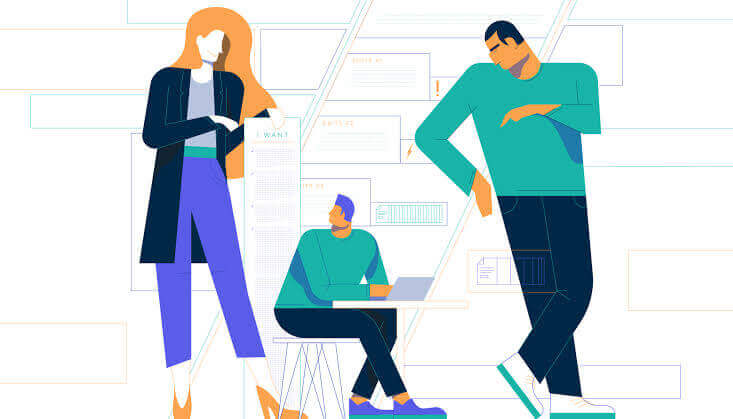 FUSION was introduced by Robert Throckmorton which stands for Focus, Understanding, Specific, Language, Open and No “Rude” language. This strategy is amazing as it covers all of the basic elements involved in a conflict.

The word FUSION can be interpreted as putting two opposite things together to form a new and improved entity. If we can control this new entity, we can find the right solution for the conflict which will be accepted by the concerned parties.

14. Find Windows of Opportunities where You can Admit that You were Wrong

In truth, no one wants to do this, especially in a conflictual situation, but the best way to resolve differences with the other parties is to admit where you were wrong and provide feedback on things that you could’ve done better to handle the initial situation.

What good will this do? Well, when you will be open to criticism and admit your faults, the other parties involved will also admit where they went wrong and this open atmosphere of sharing will do everyone good.

In most of the companies, the managers try to be the good guys and not the ones who want to actually diffuse the situation. They just want to get the credit and don’t care about anything else. This should not happen.

Managers have a great role in conflict resolution, and they have a duty to be the mediator or the bigger person to end the conflict. They have to direct their co-workers in a wise manner so that they will feel comfortable and motivated to find a solution through which they can better themselves.

16. Speak for yourself and Not for anybody else 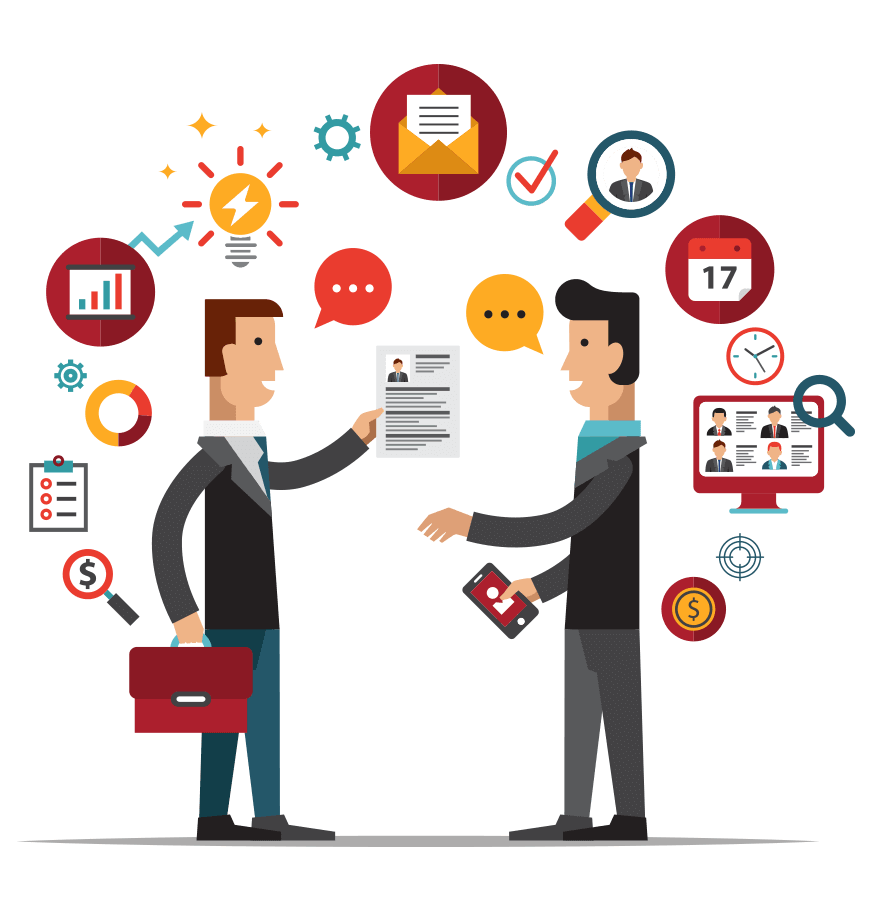 This strategy is very common in HR books because it’s a very effective conflict resolution method. Why? Because it basically keeps the conversation on a positive note. You should not even try to remember what the other person said in a heated moment. You should just try to engage in a positive conversation or discussion about what went bad and judge only yourself, not anyone else.

According to studies, most conflicts in the workspace start when people are cooped up in a closed environment. This is why offices should have a dedicated space where their employees can go chill and hang out to escape unhealthy and toxic environments.

These zones can provide space for the employees “where potential conflicts can simmer down before they bubble over”, according to John Crawley who is the editor of HR People.

18. Behavior is king, Not Personality 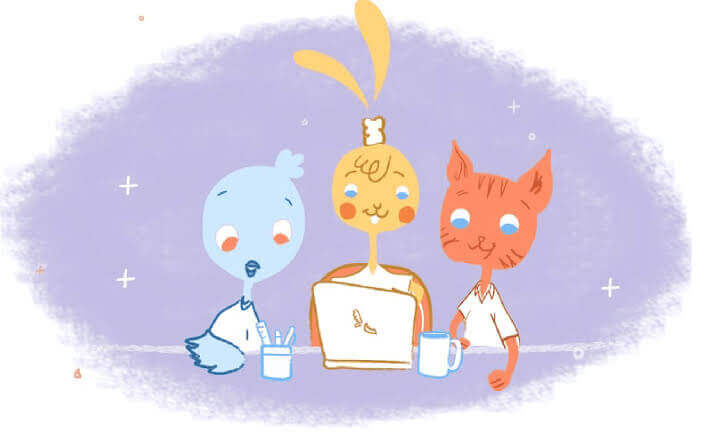 When dealing with conflictual situations, you should really focus on the other part’s behavior that day or in that situation. Not personality. Why? Because that is considered an insult and ridicules the overall image of that party in front of anyone forever. Try to limit the judgment on their behavior and how they need to improve it not anything else.

19. Make use of Humor in Conflict resolution

Using humor has proved time and time again to be a very powerful tool against conflicts. It really makes the concerned parties look at the problems for a different more positive perspective that resolves conflicts quickly.

Humor promotes social cohesion among the parties. Because when parties will start to laugh via shared interests, they will be able to connect with each other on a more human level which will reduce stress and decrease the possibilities of any brewing conflicts.

20. Just Focus on the Facts 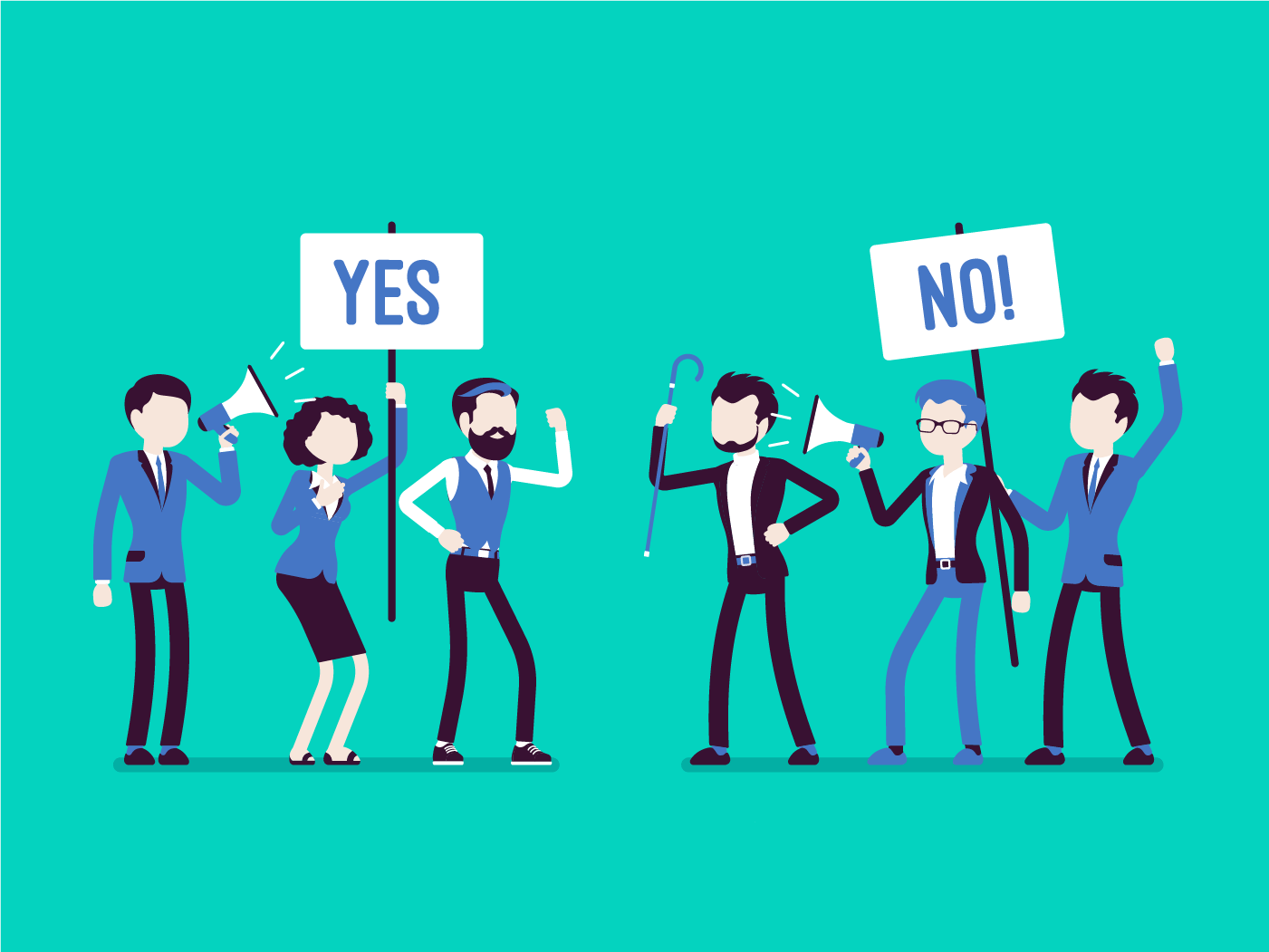 One of the major reasons for any type of conflict is a misunderstanding. People often misinterpret certain situations or the words of the opposing party. Facts are the solution. Being factually correct, you can remain unbiased and clear up all of the confusions and misunderstandings, the concerned parties have.

Conflicts are never-ending but so are the strategies to resolve them. This list is a very useful tool to overcome the problems, but these methods can only go as far. The key thing to remember is that every conflict is unavoidable with a little bit of restraint from both the parties.

So, follow these techniques; strap in, and protect your business from the harmful effects of conflicts in the workplace.